Rafael Nadal is Ready for a Second Hair Transplant

Rafael Nadal, who turned 32 a few weeks ago, who was ranked as one of People magazine’s Sexiest Men Alive last year, and ranked #1 in a poll by the respected Spanish daily newspaper El Mundo (previously won by David Beckham.)  Suffice to say, Rafael Nadal is hot property on and off the court.

He has been dealing with baldness for a few years now. Though some images featuring Nadal in the French Open final against Dominic Thiem, you can see how he has less hair than the past, especially around the crown or back of the head.

Back in 2016 he underwent a hair transplant to replenish his thinning hair.  It was reported by Spanish newspapers that the former world number one underwent a ten-hour Follicular Unit Extraction (FUE) procedure at a specialist clinic in Madrid.

El Mundo reported that Nadal, had 4,500 follicles transplanted in the procedure after a local anaesthetic and sedation.  Most hair transplants are done in the chair and do not require general anaesthetic.  The procedure, which Wayne Rooney also underwent at a clinic in Harley Street and publicised on Twitter, is thought to have cost up to $16,000 (AUD). 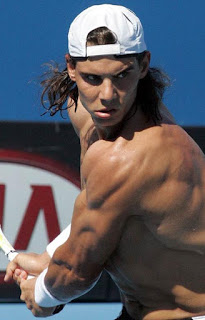 At the time the tennis ace was often seen sporting a bandana on the court – previously it was used to tame his unruly mane, more recently it disguised his thinning hair.  Many people use baseball caps to conceal their hair loss.  However, stylish people who like the look of their hair choose to discard these cumbersome and evident ways to hide their hair loss.  The smarter solution is to use a hair thickening product like BioTHIK Hair Fibres.  Biothik can endure a heavy hitting, heavy sweating tennis game duelling it out for several hours at a time in gladiatorial style with the world’s best – they really don’t come out of the hair, it has been scientifically proven they have the strongest natural magnetism to your own hair over any other brand.

It’s understandable that Nadal may want to use a bandana to soak up the sweat from the intense heat and exertion of playing tennis in the hot sun.  But it is Wayne Rooney of soccer fame that truly shows how reliable hair fibres like BioTHIK can be.  He uses them while playing premier league on the pitch and they don’t come out (and they look good!).

For those watching his hair transplant progression, you could see that after 6 months it was looking visibly thicker, this was around the time of the Monte Carlo Masters.  Usually it takes 18 months to see the full effect of a hair transplant. This compares to using hair fibres that yield instant results and a fraction of the price.  Literally, you can have a much fuller looking head of hair with hair fibres than you can achieve with a hair transplant.  Admittedly, hair thickening powder requires hair to work, so you should view them as a powerful complementary product that enhances the results of a hair transplant.  They really can make a difference from having thin hair to thick hair.

The ‘growing in’ time for a hair transplant can be dramatically reduced, our experience suggests by up to 50%, by using low level laser light therapy for hair. We recommend the Hairmax laserband 82 for the fastest and most effective results.  Seriously, why wouldn’t you spend a little extra money (less than 5% of the total cost of the two required transplants) if you can have hair twice as fast.

Laser hair therapy also helps with the healing process of the new hair grafts by increasing blood supply by up to 54% and reduces inflammation…. And there is quite a bit of inflammation post procedure. 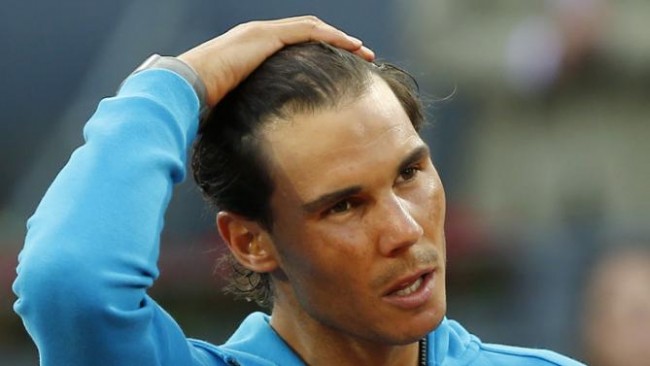 But now, two years later, according to Andrew Wilson (director of Transitions Hair Sydney), it seems that the hair loss has come back to haunt Nadal, the 17-time Grand Slam winner. He says that this is definitely a normal and a common situation, ‘Nadal is a young man and he could and probably will keep losing hair.  Most likely he will have to chase the hair loss back with additional procedures and use some cosmetic products like BioTHIK to make it look thick and full like it once used to be.  Fortunately, transplanted hair never gets lost because they are removed from the occipital region of the head and are not susceptible to male pattern baldness, while natural hair in the top/front regions will continue to keep falling out, unless you use some pharmaceutical intervention.  The hair from the donor region is of a different quality to the hair on top and are not affected by the hormones responsible for male pattern baldness.  For best results he will have to use some hair re-growth medication and laser therapy to keep the existing hair he has on.‘

There are two types of hair transplant procedures FUT (follicular unit transplantation) and FUE (follicular unit extraction). Nadal has reportedly had the latter.  This is where you extract each follicle individually.  Some clinics do this via a robotic process, others manually.

Nevertheless, this process takes a lot longer than the regular FUT hair transplant where they remove a strip of scalp from the back of your head (donor hair) and then individualize the hair follicles for implantation.  As a result, FUE is much more expensive, in some clinics it can cost twice as much.  The FUT may leave a thin scar line, and FUE may leave the hair looking thinner and sparser in the back area. There will still be scarring, but it will very fine, faint and small in most instances, like faint dots (from where the hair was extracted). FUT will also leave a scar but if done at the hands of a skilful surgeon it will be imperceptible.  Results from both procedures will be determined on how well your skin heals.  If you are prone to scarring, extra consideration is required when doing a hair transplant.

It is very important to have a thorough understanding in of what will work best for you and you should seek good advice and check out your prospective doctor on forums to see what others have to say about their work.

Other Celebrities with Hair Loss

Andy Murray, former world number one, who has thinning hair issues himself, has in the past teased Nadal by tweeting: ‘Who loses their hair first out of me and Rafa?’

Another celebrity who also underwent two hair transplants is James Nesbitt. He even appeared in a video testimonial because he was so pleased with the results. 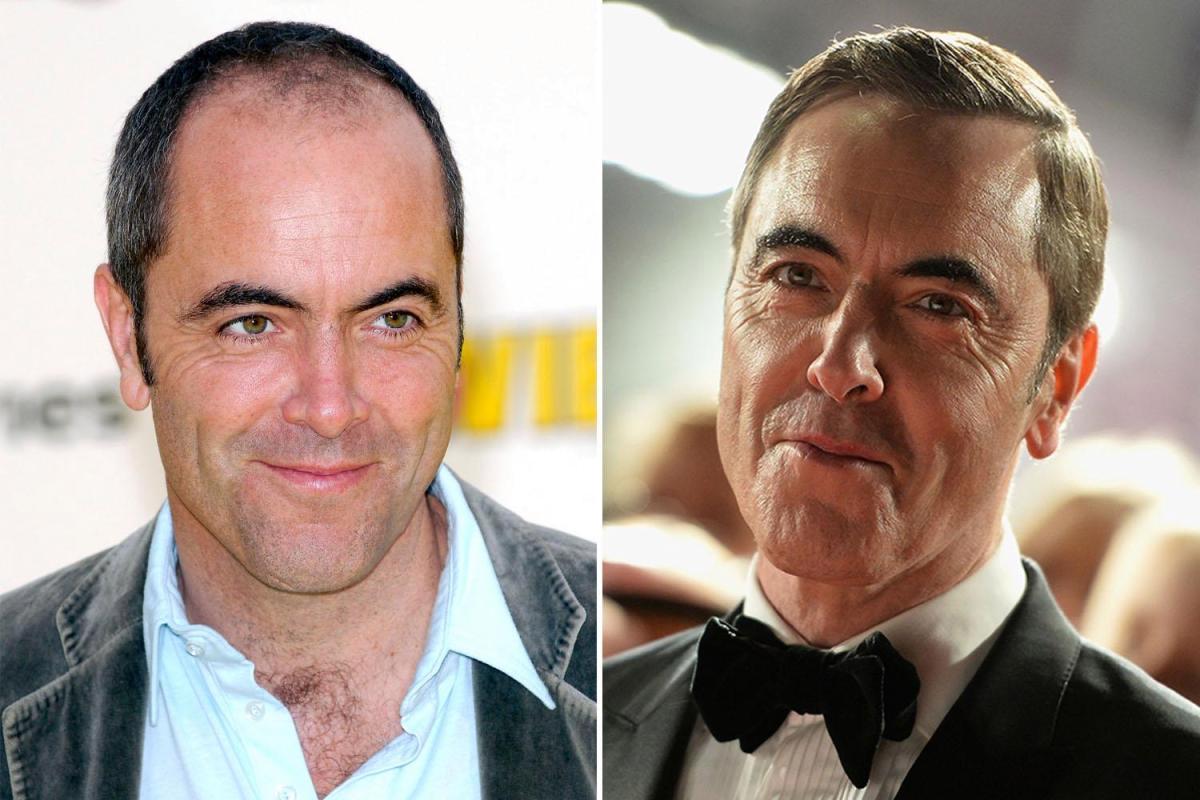 He said they had ‘changed his life’ and said losing his hair had become such a concern to him, it was practically an obsession.

However, for many who have had hair transplants they still long for complete fullness and thickness of hair.  To achieve this they use BioTHIK hair fibres to add extra density where the transplant was unable give the full result result they wanted.  The hair fibers often enable a person to only have one hair transplant instead of two, saving you tens of thousands of dollars!

For Nadal, drug or pharmaceutical options would not be the most appropriate treatment for being an elite player.  Hair loss medication tends to mess with your hormones and it could affect your game.  For example, Propecia, also known as Finasteride has been known to cause the loss of libido and feel ‘foggy’ in the mind. Neither of these options are good for someone operating at elite sporting levels.  Nadal could use stem cell serums to prolong the life of the existing hair he has, this is a good non-drug option.