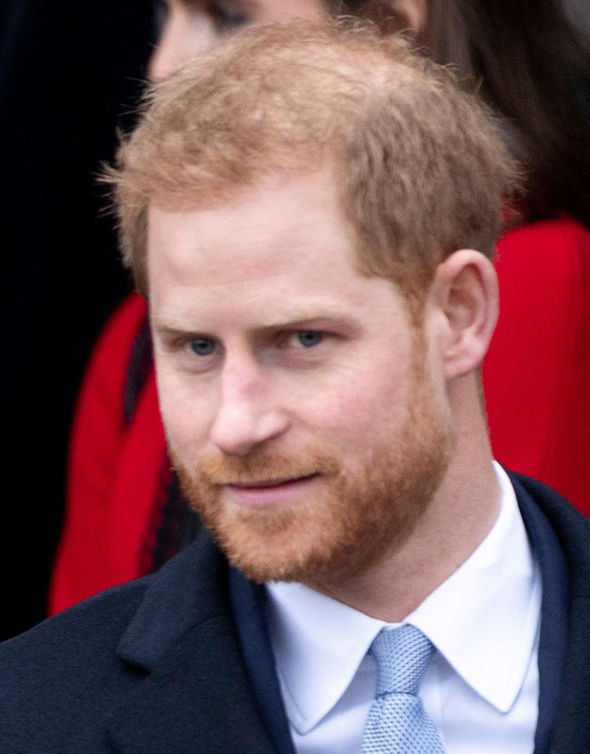 PRINCE Harry could be wearing hair concealer to cover up his growing bald spot, a hair loss expert has revealed.

Celebrities around the world use hair loss concealer to make their hair look the best it can be.  Why wouldn’t you want to look your best?  How much more if you are Prince Harry.

Think about it….  He is constantly in the spot light, meeting dignitaries, photo ops galore and he has a gorgeous wife that we are sure he wants to look good for every day! 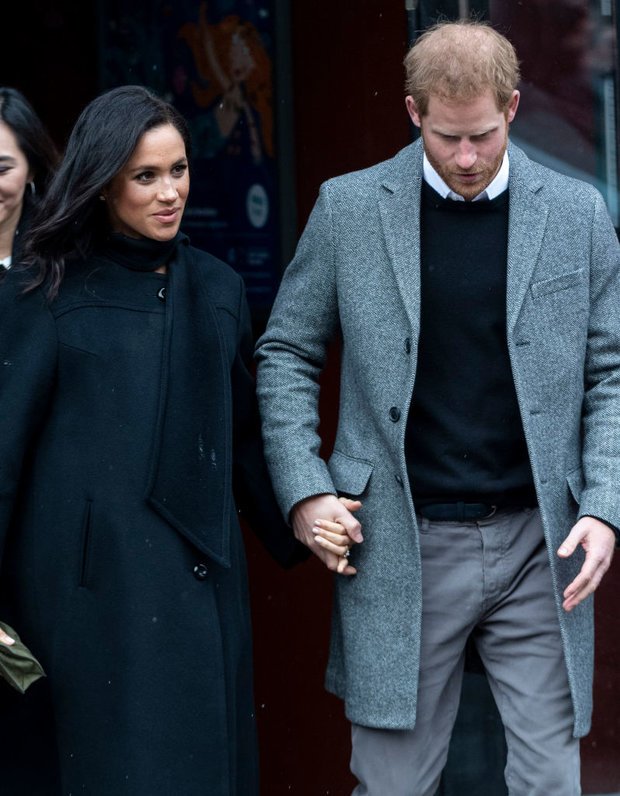 Hair loss of any kind is unpredictable.  Some people go from “fro’ to no” in months.  Many find that it can be a very slow and gradual process over decades and others will notice hair thinning will speed up, then stop altogether, only to begin again at a later stage.  There is no way to tell how quickly it will progress, whether it will stop, restart, or rapidly advance.

“Hair loss of any kind is unpredictable”

Here at Team Biothik we have noticed that the Duke of Sussex’s hair loss has hit upon a rapid phase of hair loss recently.  After inspecting photos closely, it seems Prince Harry’s hair loss has doubled since he married Meghan Markle.  This is no reflection upon Meghan or married life.  We are sure he is perfectly happy and enjoying wedded bliss.  Rather, it’s a statement about the nature of hair loss, sometimes it is static for months and even years, then it can quickly begin to thin out without warning.

For instance, on the day of his marriage at Windsor Castle his thinning hair could hardly be noticed from the front. He appeared to have a full head of ginger hair and the bald spot could only be seen from the back.

However, recent photos show that the prince’s bald patch is now clearly visible from the front.  We suspect that Harry’s thinning crown will soon be like his brother Prince William….. the so-called “Windsor Crown” that Harry inherited from dad Prince Charles will eventually claim all of his hair.

Hair thinning can cause a loss of self confidence, even in a Prince

Spencer Stevenson, hair loss expert and founder of SpexHair: “He may be sixth in line to the British throne, but Prince Harry’s own receding crown of hair could very well have played into these same anxieties. He’s only human after all.

“When you consider his apparent Jack-the-Lad nature, and the fact that he’s constantly in the public eye, it’s probably safe to assume that he too could have been paranoid that his own thinning crown would make him less attractive – despite his wealth and status.”

According to the expert hair loss often causes men anxiety and there are plenty of studies that confirm this opinion. Stevenson has delivered a shock prediction over Harry’s Windsor Crown – that he will be bald in two years.  He believes that Harry’s so desperate to fight off his thinning scalp that he has been wearing hair concealers.

Stevenson, told Daily Star Online: “It’s quite possible that at the point of his wedding he was wearing concealers to help give him the appearance of a thicker head of hair.

“He will continue to lose more hair over time unless he starts addressing the issue via proven treatments such as Finasteride or minoxidil.”  He could also use stem cell activators to help regenerate cells and encourage hair growth such as Biothik’s Folliplus.

Spencer believes Harry could be wearing concealers at future events too, adding: “It’s very likely that he’ll be trying different styles but for certain events, he might even wear concealers” such as BioTHIK hair fibres. This is a well-known product used by many celebs to help bulk up appearance of their hair, especially for public events.

It would only be fitting for a future king to the use the best products available and a recent scientific study shows BioTHIK hair fibres exactly that – the best! When compared to other alternatives Biothik was shown to be the best hair loss concealer and hair thickening product according to the researchers.  Take a look at our recent article summarising the results.

Hair Guru claims Prince Harry may be bald in 2 years! 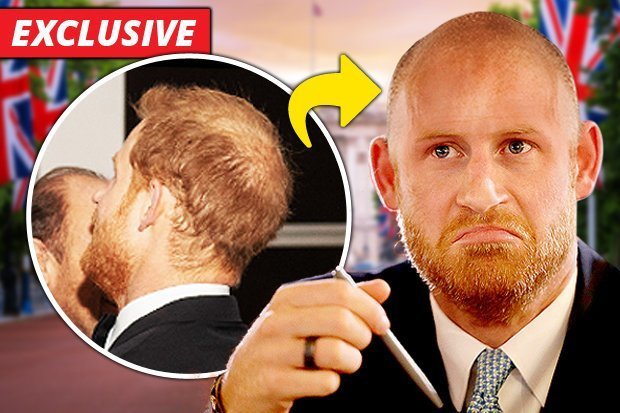 Predicting how long it will be until the hair on Harry’s crown disappears, Spencer told Daily Star Online it could be as soon as a couple of years.

“In my expert opinion Prince Harry has maximum 2-5 more years until he is almost completely bald on top, unless he takes action now,” he said.

“Hair loss is progressive so the sooner he starts the better!”

Dr Asim Shahmalak from Manchester’s Crown Clinic said: “There has been a significant acceleration of his baldness in the last year and Harry is now losing his hair as rapidly as his brother William.

“If he does not take action now, he faces suffering from advanced male pattern baldness like his brother in his forties and beyond.

“The last year has been wonderful for Harry. While marital happiness does not bring about any hormonal changes which would affect hair loss, research shows that men in settled relationships tend to do less to disguise their baldness.”

“It reflects nature and the need to find a partner. Once that goal is achieved there is slightly less incentive to cover up hair loss.”

How to mask the onset of hair loss

Hair loss expert Andrew Wilson from Transitions Hair in Sydney, Australia said “there are simple and easy ways to mask the onset of hair loss in the short-term.”

“You can use hair thickeners like Wayne Rooney has done for years during big games to make his hair look thicker than it really is. The transformation of Rooney’s hair with hair fibres like BioTHIK is quite astounding!”

The transformation of Rooney’s hair with hair fibres like BioTHIK is quite astounding!

“BioTHIK is the best hair loss concealer we have found due to it’s high electro-static conductivity.  This causes the hair fibres cling and bond onto your own hair with through an infused magnetism giving you total security confidence that they will stay in the hair all day.  Rooney proves these products are very reliable as well known to use them during big games full of heavy sweating and wet weather.  He wouldn’t use it unless it works and it works really well!”

Andrew Wilson offered another alternative to make your hair look thicker, but he concedes that it’s a second best option as far as cosmetic results go.  “To give the impression of thicker hair, you could also consider dying it a darker colour.  Many commentators suggested this is what David Beckham did recently when he was in Hong Kong.”

He goes on to say that “usually hair colouring on its own isn’t powerful enough to give the fuller thicker hair that Beckham had on his tour.  The trouble with dyeing your hair darker is that it creates a significant change to your look and it might not look ‘right’ for your skin tone or general the look you are trying to achieve.  Darker hair, than your natural colour, doesn’t always work for everyone.

“Keratin based hair powder allow you to is better as you are able to match the colour of the fibres to your own hair colour creating a far more subtle change in appearance. Biothik has 11 different colours and you can match and mix the colours if one isn’t quite perfect for you.”

We believe it’s about making yourself look more like yourself.  Hair fibres like BioTHIK are much better at doing this as you have complete control over how much product you use and how much hair thinning you choose to disguise.

What are the best type of hair fibres to conceal my hair loss? When asked what are the best type of hair fibres and hair loss concealing products Wilson continues “we only recommend keratin based hair fibres in our clinic (like Biothik) because they are proven to bond to your hair the best due to their strong electrostatic charge.  This gives a greater security and confidence throughout the day.”

“BioTHIK is the most secure hair fibre product on the market”

He states “People should avoid using cotton based fibres because they cannot store a charge, at least according to the research I have done.  Cotton is used widely in clothing for its proven anti-static properties, ie cotton cannot effectively hold a static charge.  It’s seems odd that some companies would claim the complete opposite.  It’s simply not verified by science. Claiming otherwise is simply unfair to the consumer”.

“The down side of cotton hair fibres inability to hold a charge is that they don’t bind onto your own growing hair.  This means they easily come out of a person’s hair, wind up on their clothes, their shoes and the floor…. not in their hair, which is where it should be.  This is not the case with BioTHIK and we have the data to prove it.”

The Biothik colour range was developed so that it would be suitable for both men and women from Dark Brown to light Blonde, it also includes grey and white in the colour range for the silver foxes out there.

As for Prince Harry, he really needs to quickly consider how he want’s to look in the next 5 years and take either evasive action today, or do nothing.  For now it seems he is happy to use hair loss concealers for big and important events like getting married.  He know just like you do, it’s important to look your best at these functions.  When you look good, you feel good.  It’s that simple.